Get Out Camping & Hiking

It's time to just get out.

Best camping purchase of the year (according to the dog) 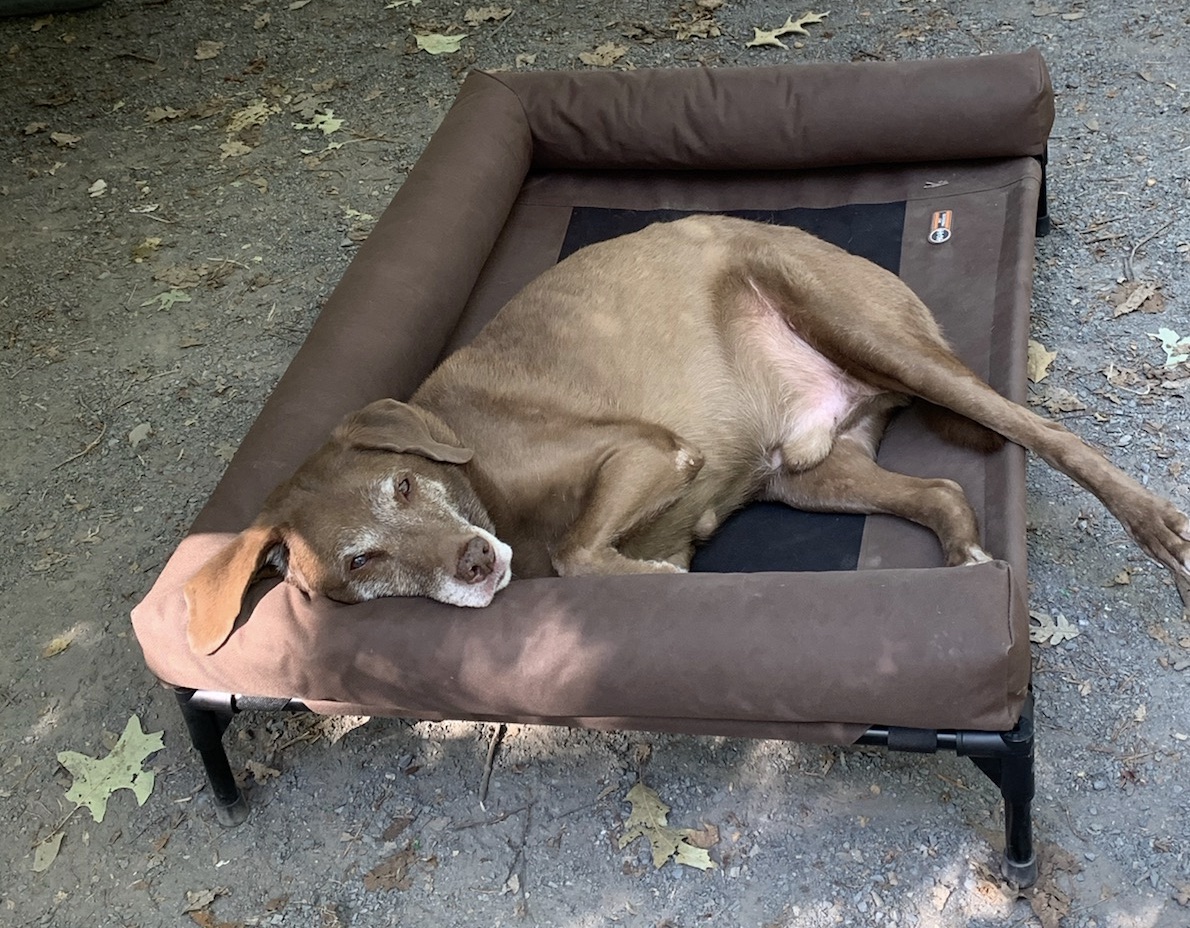 Our dog is getting up there in years. He is in good shape, but doesn’t quite get in and out of things as easily as he use to. With a lifelong preference for a human camp chair over anything else, I wondered what he was going to do now that he would have trouble getting in one without help. And besides, his trusty blue chair was falling apart. It just wasn’t going to make it through the summer. He needed a dog bed for camping.

After reading a few reviews, we quickly bought the K&H PET PRODUCTS Original Bolster Pet Cot Elevated Pet Bed on Amazon. It came quickly and was super easy to put together. It seemed sturdy enough, even though the legs and corners were plastic. We sat it in the kitchen and the dog only sat in it when he was promised a treat. Reluctance at best. A losing proposition I thought.

This handsome boy is about 75 pounds and we bought the large-size cot.

Then we took it to camp and placed a light blanket on it. After his initial sniffing around he strolled right over to it and plopped down like it was meant to be. He barely moved for hours. He went back to it every chance he got. Other dogs would pass by the site and bark at him, bikes would pass, kids would run and he never moved, sometimes barely looking up. This was good. This is how old dogs do it. This is camping at its best.

He really doesn’t like to get out of it. It has become the first thing out of the truck when we arrive and the last thing in the truck when we depart. It is easy to take apart and slide into the backseat on the floor. He even likes you to fold the bumper so he can continue to rest his paws and head on it in the truck. No problems after several uses. I have hosed it off and let it dry in the sun with no issues, but I was careful not to soak the bumper.

The dog votes this as the single best camping product of the year, perhaps his lifetime. Just so he has someone to shift it to follow the sun path, he is one happy camper.